Why are So Many People Moving to Redmond? 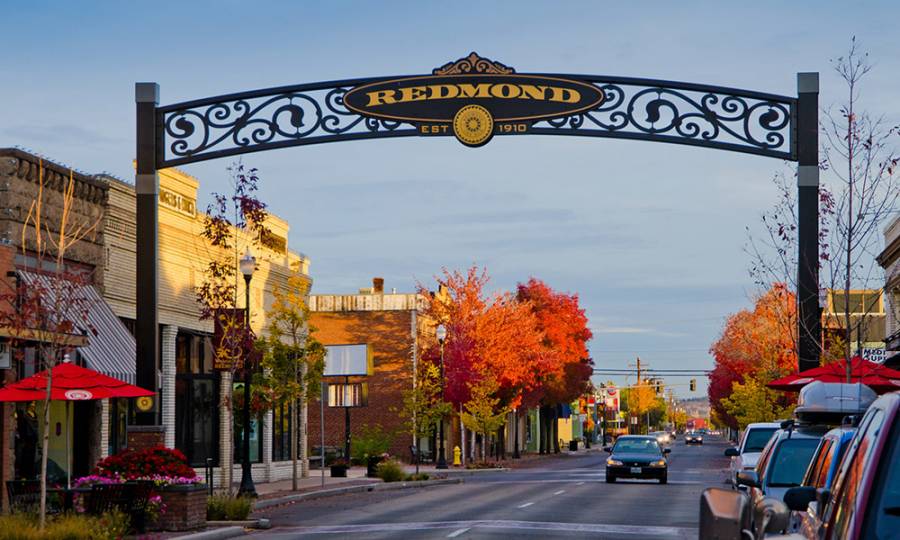 More people are moving to Central Oregon than ever before. In 1990, Redmond was a small town of just 7,300 residents. As of 2016, Redmond’s population has risen to over 29,300 people, and it is quickly becoming one of Central Oregon’s top destinations. So what makes homes for sale in Redmond so special? And why would you want to move to town? Here are a few of the most popular reasons people make the move.

The median resident age of Redmond residents is slightly younger than the state’s average. This is mostly due to the city’s massive job growth, resulting in livable wages and enough jobs to go around. Better yet, Redmond is growing all the time. While the national average job growth is 1.59%, Redmond’s average job growth is skyrocketing toward 6%.
Central Oregon’s Hub
Redmond is known by locals as “Central Oregon’s Hub.” It’s no wonder why—the city is just 25 minutes from Bend, Sisters, Prineville, and Madras. Redmond is also home to Central Oregon’s only commercial airport, which offers dozens of flights every day to Portland, Seattle, Los Angeles, and other major west coast cities.

In addition to being equidistant from Central Oregon’s other towns and featuring the area’s biggest airport, it has a few extra transportation perks: less traffic than Bend, short drives to major grocery stores, and easy access to State Route 126 and Highway 97.

Many people move to Redmond because it’s cheaper than Bend while still being central to all that the area has to offer. In fact, Redmond is 14% cheaper on average to live in than its neighbor to the south, Bend. The median cost of a home in Bend is $348,300 versus $237,000 in Redmond, resulting in a 31% price difference. This is significant, given that Redmond is a short 25-minute drive from Redmond.

There’s still more to Redmond than its job growth, central location, and lower cost of living. At Prairie Crossing, our open, sustainable homes for sale in Redmond exist in a community-focused neighborhood. You’ll be a quick ten minutes from local eateries, parks, and schools so that you can stay grounded. Join our waitlist today for early access to our new homes for sale in Redmond.